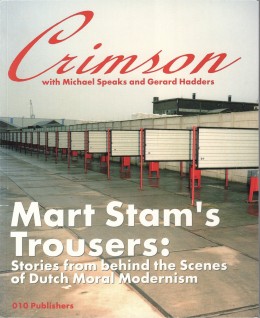 reviews
- Harvard Design Magazine: “A more personal experience of the impact of this narrative on the Dutch appears in an exchange also documented in the book, a collection of correspondence between J.J.P. Oud  and Philip Johnson, between 1931 and 1955, compiled by Dolf Broekhuizen. In this case, through the exchange of correspondence alone, we witness the Dutch architect seeing himself being edited out of the narrative over time.” (George Baird in Harvard Design Magazine, Fall 2001, p. 76-79

- Blueprint: “A fascinating correspondence began between the two men as Johnson plied his hero (J.J.P. Oud) with bicycle tyres and socks.” Jonathan Bell in Blueprint,
April 2001