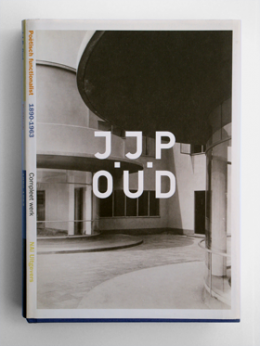 Monograph about the Dutch architect JJP Oud, with thematic entries, a complete list of works and a translation of his most important texts. Publication with the exhibition about J.J.P. Oud in the Netherlands Architecture Institute Rotterdam 2001

reviews
- The New York Times: “This monograph, the most complete to date, puts Oud’s checkered development into its local and historical context, explaining the enlightened political circumstances that supported his publicly financed housing.” Martin Filler in The New York Times. Book review, December 2, 2001

- Journal of the Society of Architectural Historians: “The extensively documented and well-written catalogue will doubtless remain the standard work on Oud for many years to come. … As a scholarly work of architectural history, however, one that tracks down every clue in the archives and in the secondary literature, the catalogue stands out for its thoroughness and completeness.” Hilde Heynen in JSAH december 2001, p. 491-493