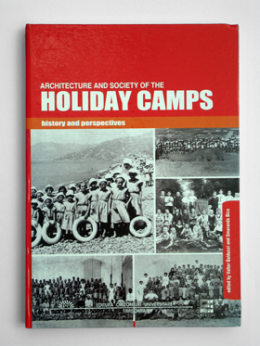 First overview of the architecture of holiday-camps in the Netherlands. ‘Vakantiekolonies’ (holiday-camps) are a relatively new yet highly topical research area. They have echoed Dutch history for over a century, representing the synthesis of health and education concerns. The heritage left by a century of Holiday Camps is particularly difficult to preserve and positively introduce into contemprary society. They represent in fact a vulnareble architectural heritage made up of a multitude of buildings widespread throughout the Dutch territoty. The publication is the result of an international symposium about Holiday Camps in Rimini in 2007.